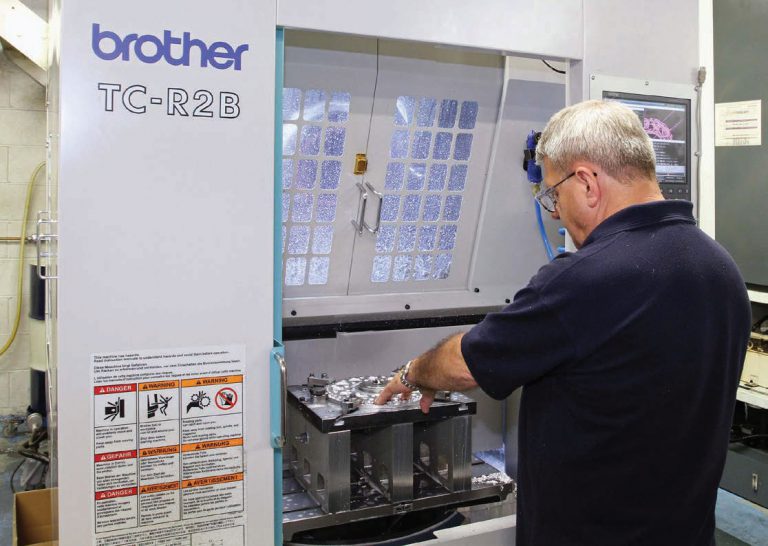 Renthal, a world leading producer of accessories for motorcycles and mountain bikes, is changing its rear chainwheel (sprocket) manufacturing process from CNC drilling followed by a sequence of manual operations to virtually one-hit production on a pair of Brother machining centres. The Japanese built, high-speed, twin-pallet machines were installed at its Manchester factory in January 2012 by UK agent, Whitehouse Machine Tools.

Renthal is famous for manufacturing aluminium alloy handlebars for the aftermarket and they are also fitted as OEM components on Honda, Kawasaki, Suzuki and KTM motocross bikes. Rear chainwheels are also core products and it was to these in particular that Renthal turned its attention in 2011. 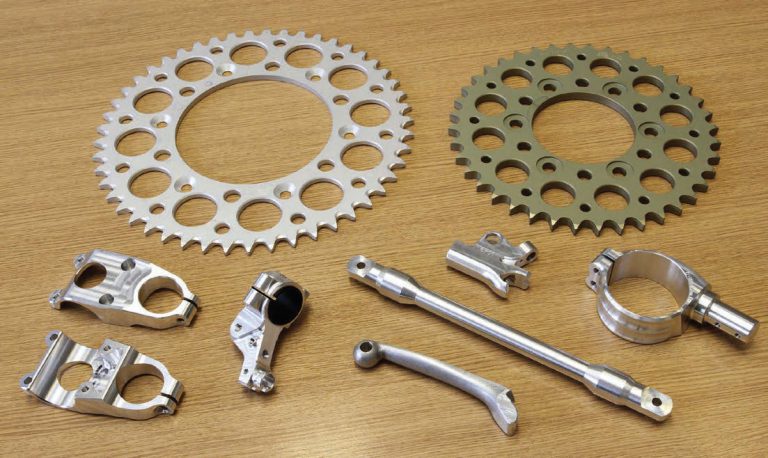 Rear chainwheel blanks, which are made from aluminium, have their outside diameter in the range 150 to 280 mm plasma-cut from sheet of 6, 7 or 9 mm thickness. They are transferred to a gear planer to have their teeth machined around the periphery and chamfered.

These preparatory operations were and still are performed. However, from here on the new process route differs markedly, with the remainder of operations completed in a single operation on both pallets of the two Brother TC-R2B 3-axis, moving-column, turret-type machining centres. 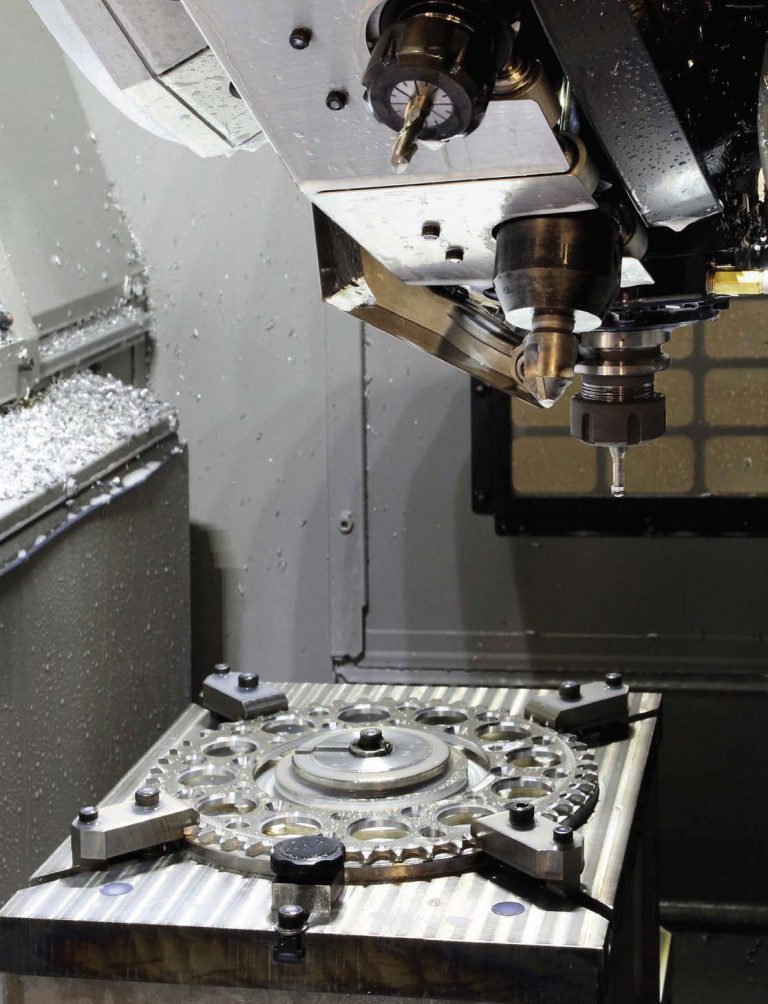 With the established method of manufacture, which currently is still in operation alongside the new cell, wheels are machined in four stacks of six on a different make of machining centre so that an indexable-insert drill can quickly produce around three dozen holes to lighten the components and fix them to motorcycles. From here on, countersinking, deburring and other jobs are done as individual operations.

This finishing of the many millions of holes produced at Manchester was time consuming and expensive. Minimum batch size was 24-off and production time was 5 to 6 minutes per component.

The new method of manufacture being phased in is based on single piece CNC production. As each hole is profiled individually, very fast machines were needed to minimise idle times and maximise metal removal incut, hence the choice of the Brother TC-R2Bs. 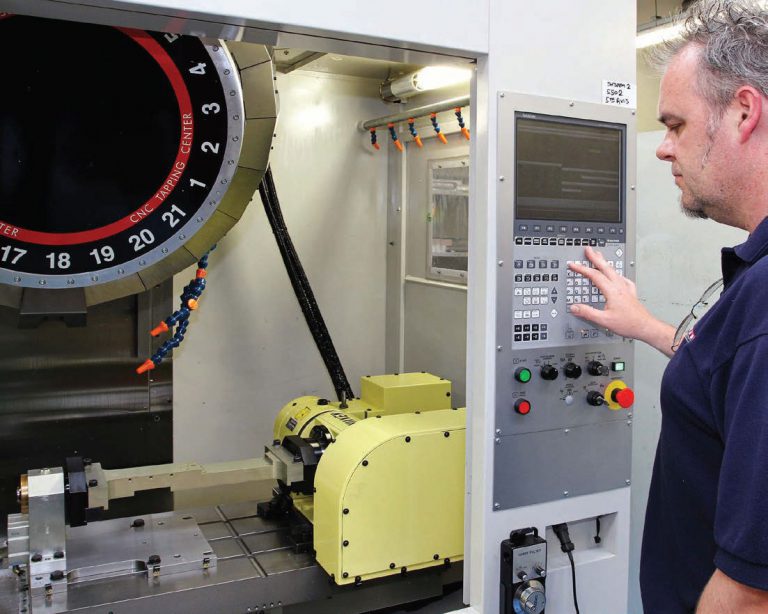 Of nominally third-metrecube capacity, the machines have 16,000 rpm maximum spindle speed, a fast, servo-driven, 14-position tool turret, chip-to-chip time of 1.7 seconds including deceleration from and acceleration back to maximum rpm, and 50 m/min rapids. Unusually, pallet change in less than three seconds can take place at the same time as rotary table movement, tool change and linear axis movements. This pares even more from overall idle time and greatly speeds the start of metal removal from the next workpiece.

After machining, the holes are chamfered by plunging or interpolation and the component is fixtured to allow a dovetail cutter to pass through the holes and perform similar on the reverse.

Even the part number that was formerly hand-stamped is CNC engraved. Cycle time is from 3.5 to 4 minutes, a reduction of around one-third compared with the traditional method of manufacture. 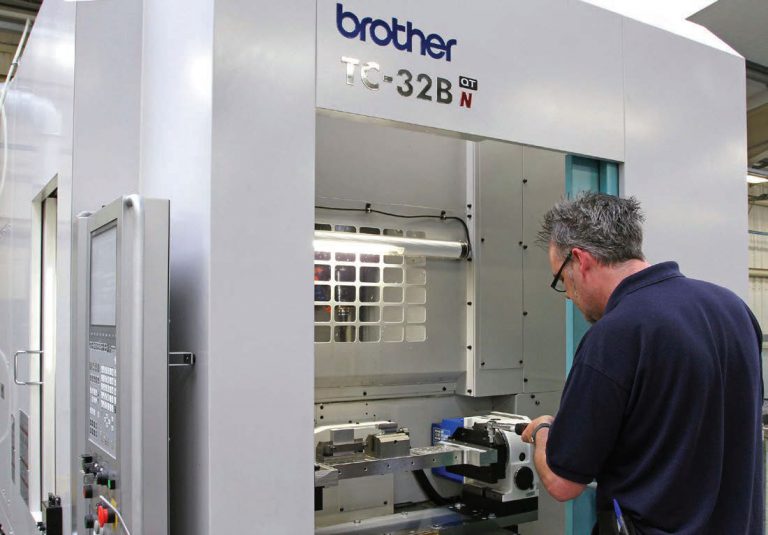 Production Engineering Supervisor at the Manchester factory, Steve Grainger, commented, “The new production route is not only more economical in terms of time and labour, but has also freed up an enormous amount of space for other projects. We have gained another level of accuracy in rear chainwheel production by doing away with repeated handling and refixturing as well as variable hand finishing. We used to have to machine them 24 at a time and hold a large number of chainwheels in stock, which was expensive and took up a lot of space, whereas now we can make them quickly and economically to order.”

Renthal’s first experience with Brother dates back to 2007, when it bought a TCR2A. Mr Grainger said that the machine has not been down for a single day since it was installed. 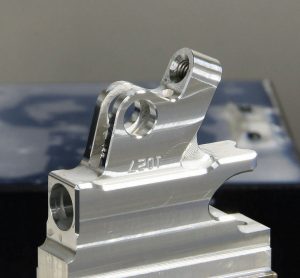 The company’s production engineering manager, Adam Kirby, added, “We were drawn to Brother because at the time it was the only twin-pallet machining centre in its class on the market on which the pallet simply rotates without lifting.

“It means that there is virtually no possibility of swarf becoming trapped underneath, avoiding the repeated pallet alarms we can get with other makes of machining centre. “It proved to be as reliable as predicted, which gave us confidence in the machine builder, all of whose models use the same method of pallet exchange.”

“So two years ago, when we embarked on a big push to expand in-house CNC production, we decided to standardise on this supplier for prismatic machining equipment.”

Next to be installed was a Brother TC-R2B and a TC- 324 in 2010. The machines are taking over production of most new core work as well as sharing machining of non-core products with existing machining centres on the shop floor. Such components include motorcycle handlebar levers and, more recently, parts for top-end cross country and downhill bicycles. 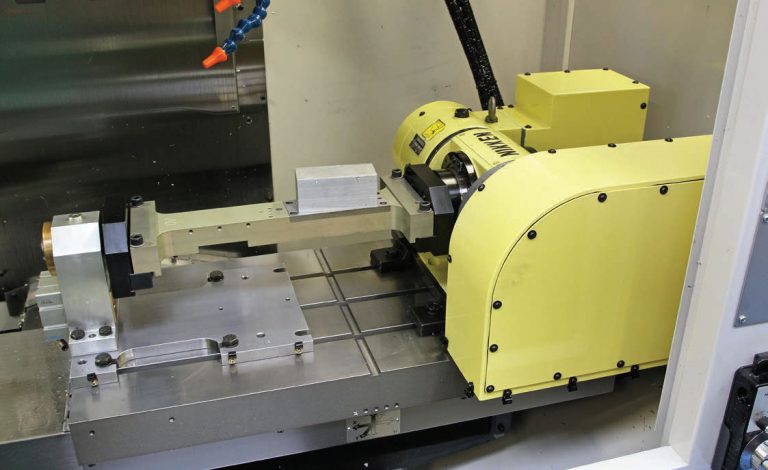 The fourth Brother addition, in 2011, was a TCS2D- 0 with a 700 mm rather than the standard 500 mm X-axis. It was bought specifically for research and development, a function that until then tied up production machines.

A Nikken 2-axis tilting rotary table was supplied so that the machine can simulate manufacture on all previously installed Brother equipment as well as the latest, seventh machine installed in March 2012, which has 4- and 5-axis capability.

On one pallet is a Kitagawa 2-axis table that gives 5-axis functionality, while on the other pallet, a Kitagawa trunnion provides one additional CNC axis.

The machine currently produces 10 types of handlebar lever from aluminium billet in three operations instead of the previous six.