Speedio 30-taper, 3- to 5-axis machining centres built by Brother are able to produce components in such short cycle times that it is difficult to load raw material and unload finished parts by hand quickly enough. So to maximise production efficiency, the Japanese machine manufacturer introduced a robotic handling system, Feedio, at the EMO machine tool show in 2017.

Now an automated cell comprising both products is available for demonstration in the Kenilworth showroom of sales and service agent, Whitehouse Machine Tools. It is designed to show to British and Irish manufacturers the suitability of the configuration for unattended and overnight running in high volume production environments. 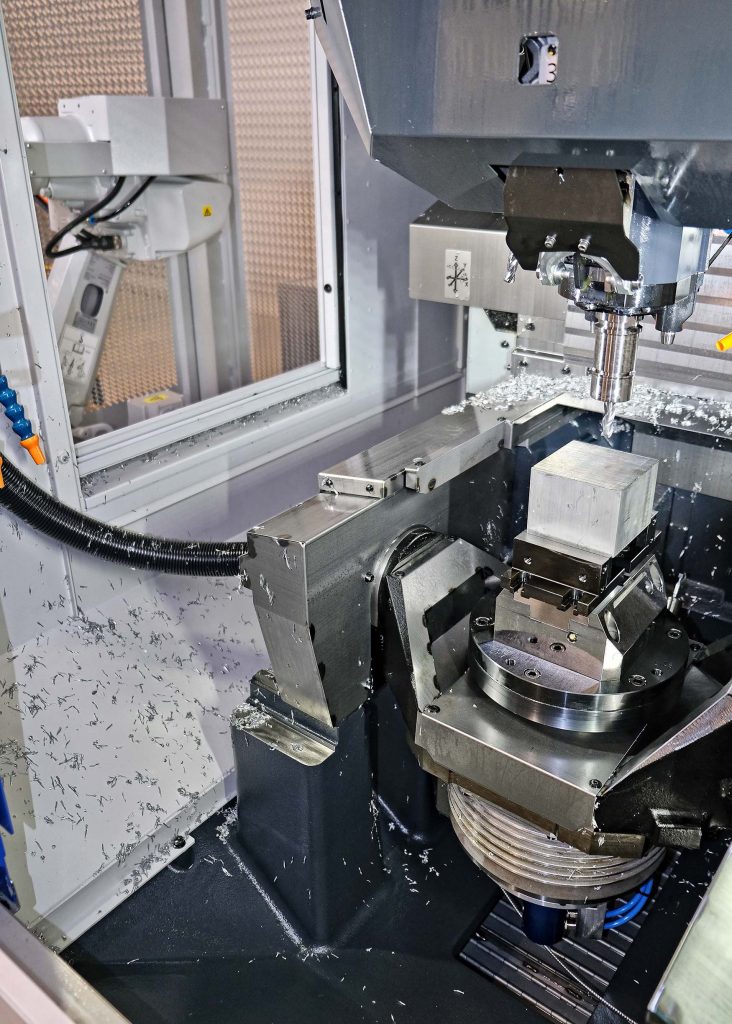 A Speedio M300X3 trunnion-type, 5-axis mill-turn centre has been chosen to demonstrate the benefits of the Feedio automatic load / unload system. The machine is able to perform prismatic and rotational metalcutting in one hit within a 300 mm by 440 mm by 305 mm working volume.

Notable features include a BIG-Plus face-and-taper contact spindle that accelerates from zero to 16,000 rpm in 0.2 second, a -30 to +120 degree tilting table axis, high output turning capability that generates a maximum torque of 102 Nm and rotational speeds up to 1,500 rpm from zero in less than 0.3 second, and a Brother control with increased memory for holding multiple programs.

When milling, up to 30 m/min cutting feed rate maintains a high level of productivity and 400 Nm of C-axis clamping force ensures that accuracy is maintained. Non-productive time is minimised by repositioning the X, Y, Z, A and C axes simultaneously during tool change, which takes place in 1.5 seconds chip-to-chip.

To extract the most from the high productivity that this specification offers, the machine is linked to a Feedio component storage and robotic handling system developed jointly by Brother and ABB. The plug-and-play, retrofittable automation is able to serve either one machine, or alternatively two to enable op 10 and op 20 machining of prismatic parts on six sides. 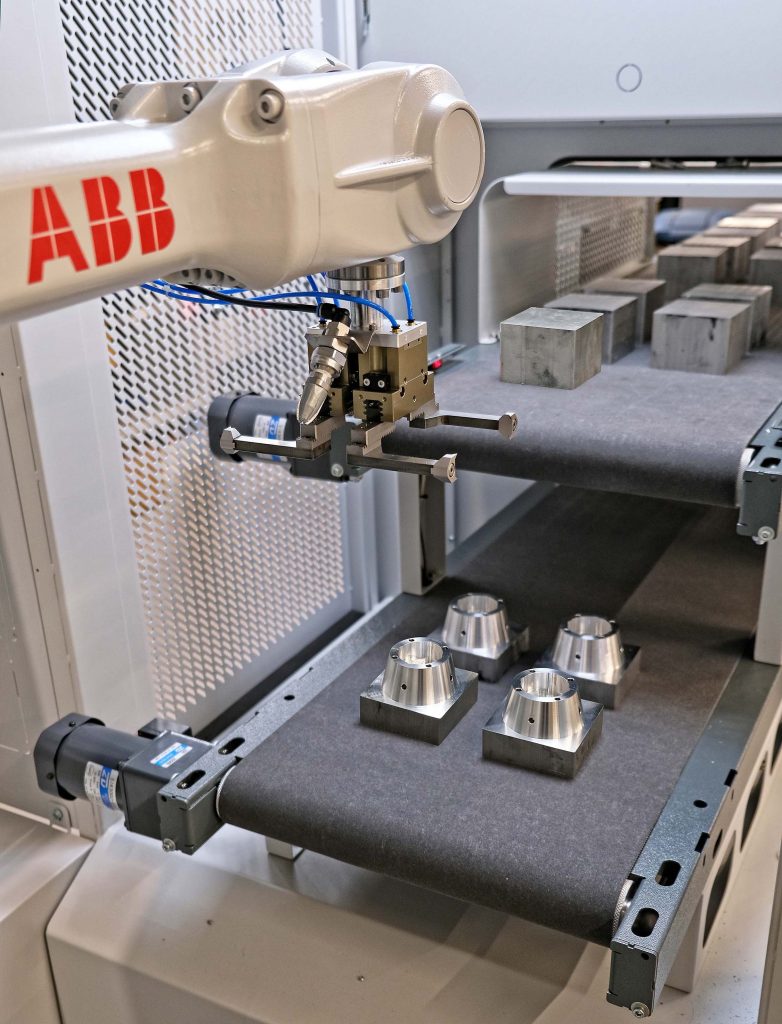 The automation unit is designed specifically for Speedio machines rather than being a generic solution provided by a third party. It communicates with the machining centre control via a Profibus interface. A smart ABB teach pendant incorporating a customised Speedio page is provided for programming the 6-axis robot.

Having a handling capacity of 10 kg or 20 kg, it can be equipped with standard grippers or an adjustable double gripper. A camera and built-in PC allow the robot to detect where on the upper inlet conveyor a billet, casting or forging has been placed. After machining, components are returned to an output conveyor positioned below the first. Options include a static station for regripping a component, a turn-around station, and equipment for deburring, washing, air cleaning and marking.